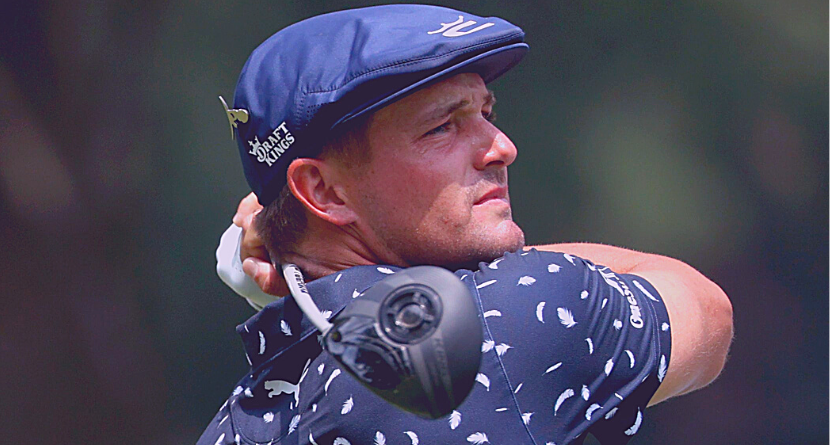 The mad scientist is back in the lab, but he’ll be experimenting without his full complement of, uh, beakers for a few more weeks.

Clunky analogies aside, we’ll actually see Bryson DeChambeau at the WGC-Dell Match Play this week, ending an extended injury hiatus that also saw him bat away rumors of a dalliance with Greg Norman’s Saudi circuit.

DeChambeau has been recovering from a broken hamate bone in his left hand and a torn labrum in his left hip (yes, your hips, like your shoulders, have labrums). In a video posted to his social media accounts on Monday, DeChambeau can be seen wielding a driver in a “push for the Masters.”

He has since indicated that he won’t be able to go full-bore with his favorite weapon until he arrives at Augusta, the legendary venue he once claimed could be reduced to a par 67 when his mammoth drives are flying relatively straight.

The eight-time PGA Tour winner has been inactive since withdrawing from the Saudi International in early February, twice pulling out of Tour events in the days leading up to them. His last Tour appearance was a missed cut at the Farmers Insurance Open in late January and his last win came at the Arnold Palmer Invitational in March 2021.

The easy culprit for DeChambeau’s wear and tear is his rigorous speed training, but he claims the hand injury was the result of an intense table tennis match in Saudi Arabia.

“People are going to say it’s off of speed training and all that and, sure, some of the things have been a part of that, just abuse and working really, really hard,” he said. “But at the same time, I wouldn’t have traded it for anything. I’ve learned so much about my body as time has gone on and learned how to manage things and how important rest is.”