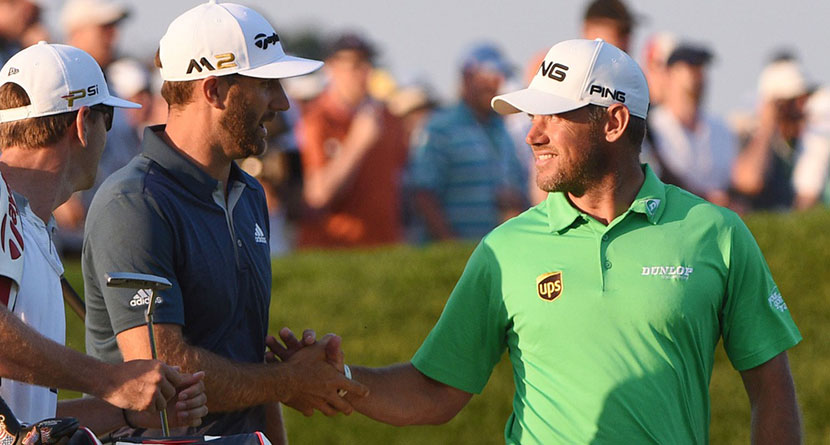 Another day in Saudi Arabia meant more news conferences with top-ranked players, and on Wednesday, they did not disappoint.

Between Phil Mickelson taking a flamethrower to the PGA Tour’s media rights policy and the dancing around specifics by Dustin Johnson and Lee Westwood, there’s been plenty to talk about this week from the Saudi International.

Throughout the meandering press conference transcripts, you can almost read the topic bubbling to the top, and shortly after it’s asked about, the media availability ends. First, with Westwood, the question of the concept — a team format as opposed to 72-hole stroke play — was broached, and the Englishman hesitated to answer, saying, “I don’t know whether I want to answer questions on that. I’ve signed an NDA,” a tell-tale sign an offer has likely been made to the 48-year-old.

Former world No.1 Lee Westwood has signed a non-disclosure agreement over a rumoured golf Super League 👀

As for DJ, the question about the format got a boilerplate answer: “good concept; more interesting for fans and players.” Perhaps emboldened by Johnson’s ease to answer, the next question got a little bolder —  “Have you had a similar offer (as Poulter)?”

On this, Johnson hemmed and hawed a little more. “I can’t speak for Ian. Yeah, obviously whether they have or haven’t, I’m not allowed to disclose. You’d have to ask Ian on that one.” Pressed as to whether he’s had a similar offer, Johnson made it clear whatever he’s been offered isn’t in the same ballpark as Poulter’s $30 million. “No, not similar,” he said with a laugh. “It’s just not similar.”

And that makes sense! Poulter is a fine pro, but he’s 46 years old and hasn’t won anywhere in the world since 2018. Just in the time since Poulter’s most recent victory, World No. 5 Dustin Johnson has won 10 times around the world, including the 2020 Masters.

While we may never know the exact number DJ has been offered — or even if he has been! — it’s not crazy to assume that number might have nine figures in it.