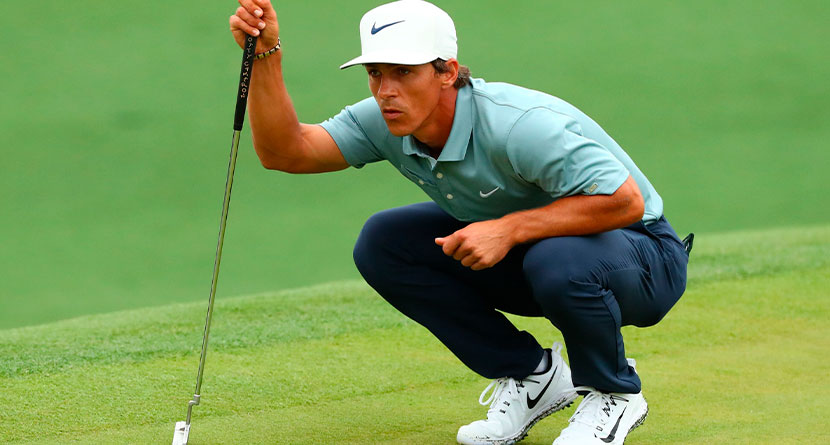 The European Tour has lifted the suspension of 2018 Ryder Cup team member Thorbjorn Olesen due to a court delay that would have amounted to two years away from competition stemming from Olesen being arrested and charged with three offenses on a flight last year.

Olesen was traveling back to London from the WGC-FedEx St. Jude Invitational in Memphis last August when he allegedly sexually assaulted a fellow passenger.

Olesen was arrested upon arriving at Heathrow Airport in London for suspicion of sexual assault, being drunk on board an aircraft and failing to comply with the orders of cabin crew, before being released under investigation, according to the Metropolitan Police Service.

He pleaded not guilty to all charges in September, and due to the coronavirus pandemic, his court date was pushed back to December 2021, which caused the European Tour to lift his suspension.

European Tour have lifted the competitive suspension on Thorbjorn Olesen after his trial was delayed until December 2021. The Dane faces three charges relating to incidents while aboard a trans-Atlantic flight last summer …

With his suspension lifted, Olesen will be eligible to play in the European Tour’s restart later this month at the British Masters.

“While my team and I initially agreed that I would not participate in Tour events while the legal proceedings were outstanding, I am naturally grateful to the European Tour for allowing me to continue my career following the lengthy adjournment of my trial,” Olesen said in a statement. “Obviously, the case itself is still on-going so I will continue to make no comment about it.”

“I am incredibly sad about what has happened and would like to apologize to all the Danes who have supported me for so many years. I basically haven’t played golf in a year. I played for a week in November in Spain, and then I’ve been playing for the last couple of weeks – that’s it. Since I started playing, I’ve never had anything like that where I haven’t played in such a long time. It’s hard.”

The British Masters is slated to take place July 22-25.