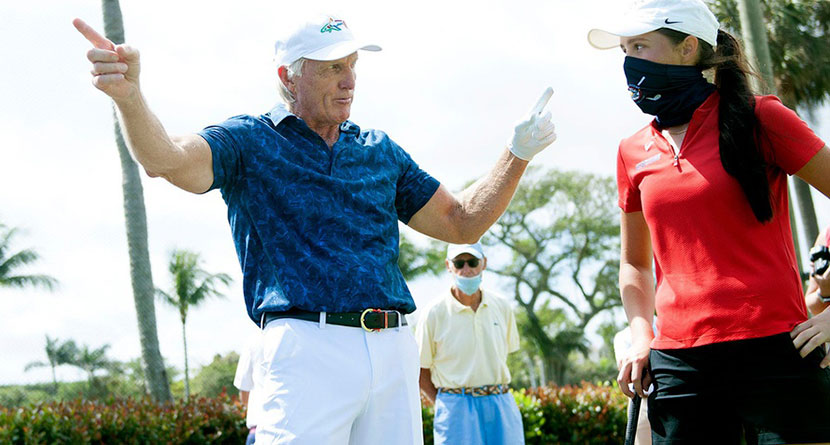 The weekend at Riviera signaled a death knell of sorts to some for the Saudi/LIV Golf Investments splinter Tour, but despite allegiances pledged to the PGA Tour by big names such as Bryson DeChambeau and Dustin Johnson, the threat appears to still be felt in Ponte Vedra.

During a mandatory players’ meeting at the Honda Classic on Tuesday, PGA Tour commissioner Jay Monahan “made it clear,” according to one anonymous source, that if a player was planning to play in Super Golf League, they should get up and leave. “He made the ban seem like it was in all capital letters,” the anonymous player said.

By saying “prove it,” more or less.

In a memo sent to players on Friday of last week, Norman challenged the legality of the Tour banning players in seven bullet points explaining why the Tour is on shaky legal ground, pointing to a player’s rights as an independent contractor, a collection of antitrust laws and the Tour’s status as a non-profit corporation.

“In our view and in the eyes of the law, the PGA Tour’s threats are utterly impermissible under competition and other laws,” Norman wrote.

It should be noted that players at the mandatory meeting reported Monahan never mentioned the phrase “lifetime ban,” and that could be for good (legal) reason.

The Tour refused to comment on the memo sent by Norman, but reiterated that it is confident in its legal stance.