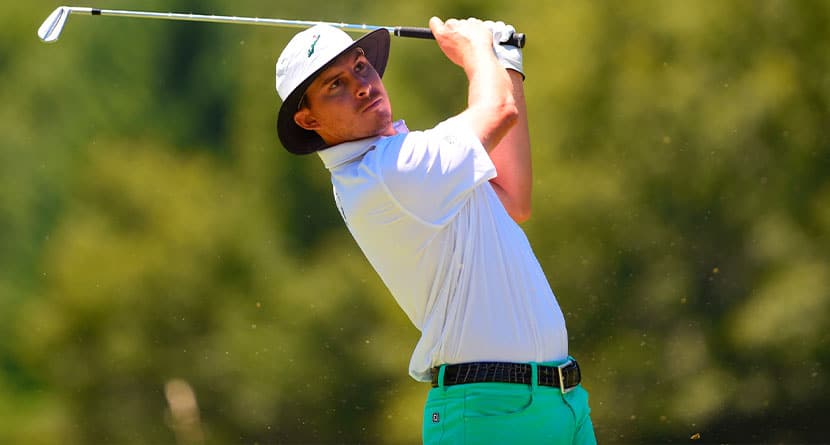 Joel Dahmen is quickly rising up the ranks as one of the most popular pros on the PGA Tour thanks to his down-to-earth personality and stellar play, and a revelation he made on Barstool Sports’ Foreplay podcast earlier this week will likely only engender more affection from fans.

Ranked No. 64 in the world, Dahmen’s ascent up the Official World Golf Rankings has coincided with more publicity both on and off the golf course. In just the last nine months, Dahmen has made news for playing on Tour with a Happy Gilmore putting grip, taking on some fans in a money game after a missed cut and playing a funny prank, just to name a few.

Continuing to bolster his everyman persona, Dahmen revealed on the podcast that he’s currently gaming a $40 Ping Anser hybrid that his caddie bought of off eBay.

“I had a Ping Anser hybrid from 2011 and I had it for nine years, but this summer the face finally cracked,” Dahmen said. “I struggled. I tried different hybrids, I tried a 7-wood, nothing worked. Geno, my caddie, had ordered a back-up off of eBay before, but it just didn’t quite work out. So he bought two more this summer in September and one of them worked.

“It still has a pre-owned sticker on it, it’s got the $40 price tag on it and it’s in great shape compared to my old one. I’ve been playing with it for a few months now, it’s been awesome.”

Us shmucks obsess over our equipment. We tinker, get fitted, and try out new things all the time.

A quick search for Dahmen’s equipment found that his old 2011 hybrid was in pretty rough shape last year. 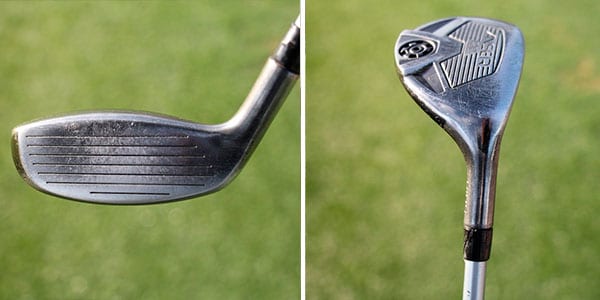 “It has a regular flex in the shaft, it’s a off-the rack shaft,” Dahmen continued. “It’s the only (club) that doesn’t fit (with my other clubs). I play a stiff shafts or extra stiff in the driver like most people, and this one for whatever reason… just works for me.”

If it’s good enough for one of the best golfers on the planet, let that be a lesson to all you tinkerers and gearheads out there: sometimes the oldie but goodie doesn’t need to be replaced with the latest and greatest; it just needs to be replaced with a replica that can be bought off eBay for $40.

You can listen to the full podcast interview with Dahmen below.

(The equipment talk begins around the 24:00 mark)