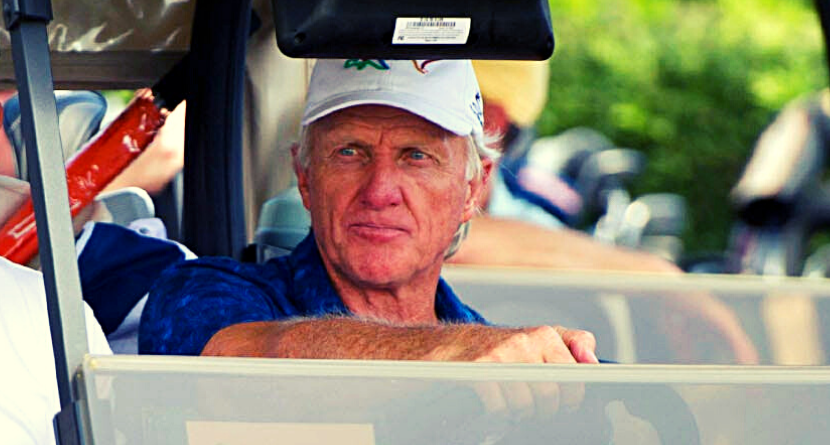 Another week, another indignity suffered by LIV Golf and its bumbling frontman.

The Saudi-backed breakaway sesries, which is due to launch in early June with a $25 million team event in London, is reportedly in need of a new host venue for the lavish, draft-style kickoff bash it had planned for the same week, per a Telegraph (UK) report.

“I can confirm that the LIV golf series draw event is not taking place at our venue,” a spokesperson for Alexandra Palace in North London told the Telegraph’s James Corrigan. “We have a high number of organizations get in touch about holding potential events with us, but for commercial reasons, we do not discuss details of these inquiries.”

Even without specifics, it’s pretty easy to connect the dots here. Last week LIV’s top business executive, Sean Bratches, abruptly resigned. The former ESPN and Formula 1 production guru was on the stage with Norman when the Shark made an unfathomably callous remark.

Asked about the brutal murder of journalist Jamal Khashoggi at the hands of the Saudi Arabian government, Norman said, “Look, we’ve all made mistakes. You just want to learn from those mistakes and how you can correct them going forward.”

According to Corrigan, players would have been present at the party, which was scheduled for June 7, and tickets would have fetched $1500 apiece.

“Not only would players be in attendance as the 12 four-man teams were drawn, but there would be high-end cuisine on offer, with free drinks and entertainment, including DJs,” Corrigan wrote.

A “well-placed source” confirmed to Corrigan that frustration is starting to mount for LIV Golf’s top brass — and this on the heels of Alan Shipnuck’s report that Norman’s job was not necessarily secure.

“This was meant to be the grand curtain-raiser and [Alexandra Palace] was thought to be the perfect venue, what with all its history and its reputation,” the source said. “Another kick in the teeth after Sean leaving.”

Tickets had previously been available on the LIV Golf website, but the party’s presence has since been scrubbed.