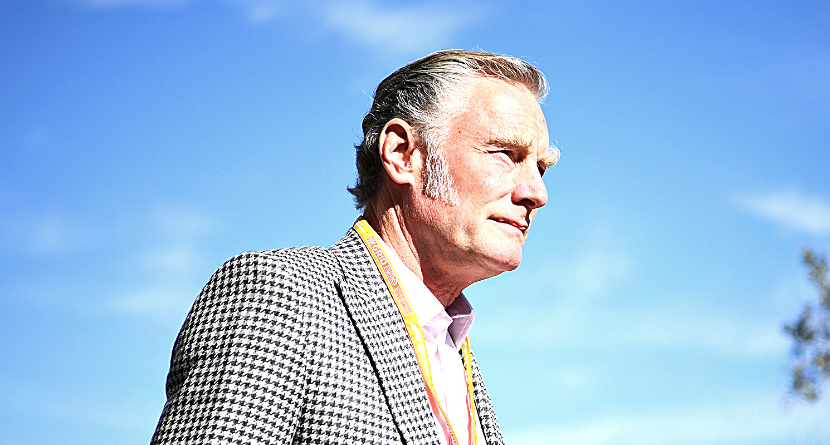 Like an actual shark, Greg Norman has his share of remoras — those smaller fish that hang on for the ride.

But when the big fish gets himself in deep, the smaller fish reserve the right to hop off and swim somewhere else, which was a choice one LIV Golf executive made this week.

According to a report from Sports Business Journal, Sean Bratches — the startup circuit’s “top business exec” — is stepping down in the aftermath of Norman’s latest gaffe: a tone-deaf reply to a question about journalist Jamal Khashoggi’s murder at the hands of the Saudi Arabian government.

“Look, we’ve all made mistakes,” Norman said during a LIV Golf Media Day event with Bratches by his side. “You just want to learn from those mistakes and how you can correct them going forward.”

Bratches, who previously worked at ESPN and Formula 1, was hired six months ago and put in charge of media rights and television production. His appointment lacked the fanfare of the Norman hire, and maybe that was the point. Bratches’ involvement lent the business credibility and professionalism that Norman continues to undo with his every misstep.

It was reported earlier this week that Norman was not the first choice to helm the rebel circuit — and might not be the last to occupy the role. Jack Nicklaus says he turned down an offer “in excess of $100 million” to be the figurehead for the controversial project. Perhaps we’ll soon find out who was Option C.

The LIV Golf Series is due to launch in June with a $25 million kickoff event at London’s Centurion Club.