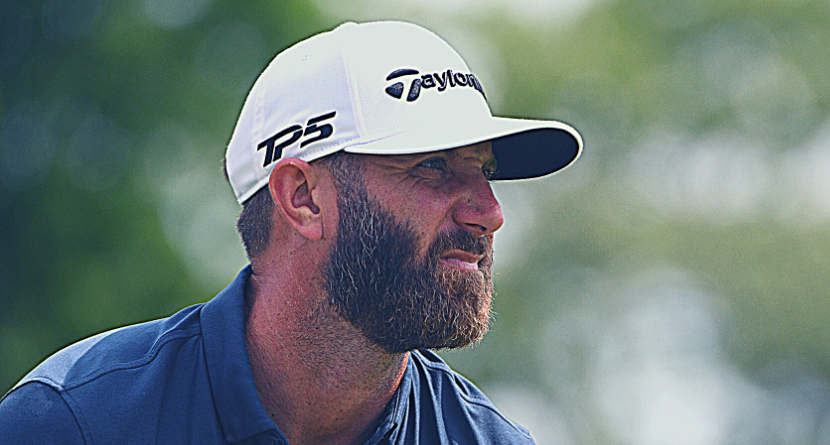 A change of heart from Dustin Johnson registered as the biggest surprise when the LIV Golf Series finally announced the field for its inaugural event on Tuesday evening.

Though only 42 of the 48 available spots have been filled, another marquee name — such as the conspicuously absent Phil Mickelson — could join Johnson before play officially begins at London’s Centurion Club on June 9.

Johnson, the 13th-ranked player in the world, is the clear headliner in a group that also includes fellow major champions Louis Oosthuizen (No. 16 in the Official World Golf Ranking), Sergio Garcia, Charl Schwartzel, Martin Kaymer and Graeme McDowell.

In Johnson, LIV Golf CEO Greg Norman finally has a stud in his stable.

The two-time major champion and former world No. 1 had pledged his support for the PGA Tour back in February after months of rumored involvement with the Saudi-backed startup circuit. But that support seemed to wobble in recent weeks whenever the topic of an alternative tour came up during Johnson’s media obligations.

Through his agent, David Winkle, Johnson issued a statement Tuesday explaining his decision.

“Dustin has been contemplating this opportunity off-and-on for the past couple of years,” the statement read. “Ultimately, he decided it was in his and his family’s best interest to pursue it. Dustin has never had any issue with the PGA Tour and is grateful for all it has given him, but in the end felt this was too compelling to pass up.”

The subtext is clear: Johnson is risking a prolonged ban from the PGA Tour by competing in a rival league, as are his counterparts on the DP World Tour. Though it’s likely any disciplinary action levied against defectors will immediately trigger a legal response.

Five of the six remaining spots will go to late qualifiers, leaving a seat warm for Lefty should he choose to resurface from his months-long hiatus across the pond.

The series is in search of a new host venue — and might also have an opening for a top executive — in the aftermath of Norman’s recent gaffe at a press junket. The two-time major champ appeared to downplay the death of journalist Jamal Khashoggi at the hands of the Saudi Arabian government, and he was appropriately chastised for his callous remarks.

Still, a victory lap for the Shark was in order Tuesday.

“We have a long-term vision and we’re here to stay,” Norman said in a statement. “We’re going to grow the game, give more opportunities to players, and create a more entertaining product for fans.

“We believe in adding new experiences and energy to golf, and that includes building out our future schedule in more global markets. We’re creating an entertaining product that will increase golf participation and attract new fans across a broader global footprint. We realize it won’t happen overnight, and we’re excited for the opportunities LIV Golf will add to the game as we continue to grow.”