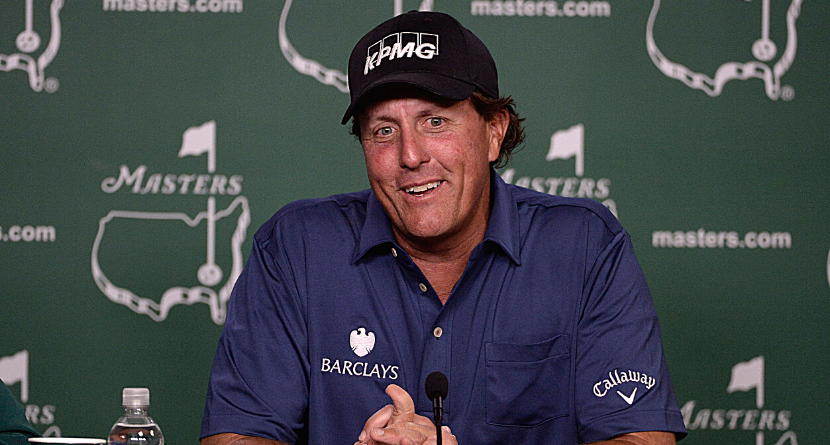 Missing the Masters was Phil Mickelson’s call. The news just happened to travel in the form of a text.

Indeed, that’s how the three-time champion elected to inform Augusta National chairman Fred Ridley of his decision to skip the event some five or six weeks ago.

The chairman covered a host of topics in his customary news conference on the eve of the tournament, including highly anticipated changes to Augusta National’s 11th and 15th holes. But the Mickelson revelation was by far the most incendiary news item.

“I would like to say we did not disinvite Phil,” Ridley said. “Phil is a three-time Masters champion and is invited in that category and many other categories; he’s the defending PGA champion.

“Phil reached out to me … and let me know that he did not intend to play. That was by way of a text, and I thanked him for his courtesy in letting me know. I told him that we certainly appreciated that and, you know, told him that I was certainly willing to discuss that further with him if he’d like. He thanked me, and we had a very cordial exchange.”

Ridley’s remarks contradict previous reports suggesting Mickelson was, in fact, “strongly encouraged” to stay home by tournament officials in the wake of his self-described “reckless comments” to journalist Alan Shipnuck, which led to an extended hiatus from the Tour.

Lefty’s support of the soon-to-be-launched Super Golf League alienated him from his peers and strained his relationships with sponsors. The end of the Masters will bring his impending title defense at the PGA Championship into sharper focus, but there have been no signs to suggest he will be out of exile by then.