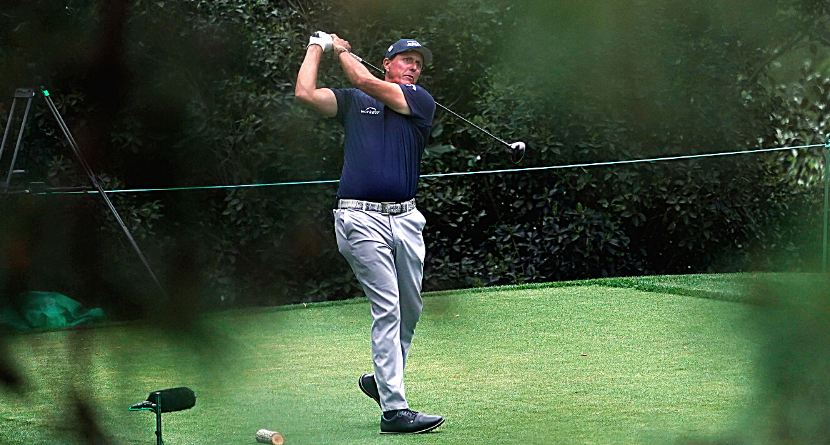 Phil Mickelson was “strongly encouraged” by Augusta National officials to sit out this year’s Masters amid an unverified ban from the PGA Tour, according to an explosive report published Tuesday by the Palm Beach (Florida) Post.

This salacious nugget was buried in a lengthy story chronicling the six-time major champion’s sudden spiral from PGA Tour icon to pariah in the span of a few months, the result of a series of interviews in which Mickelson voiced his support for the Saudi-backed Super Golf League.

According to the report’s author, Craig Dolch, the green jackets urged Mickelson to stay home for fear of the media “circus” that would most assuredly follow him down Magnolia Lane. What’s more, Dolch attributes to those same sources what many have speculated since Mickelson took his leave in late February: he has effectively been suspended by the Tour.

Phil Mickelson won’t play in the Masters, but it wasn’t his choice https://t.co/6jNPKZWdfo

“Why else would he miss the Players, with the largest purse for a U.S. golf tournament?” Dolch writes.

Asked about Mickelson’s playing status at the Players Championship, Commissioner Jay Monahan indicated Lefty was a willing participant in his own exile but reaffirmed the Tour’s longstanding policy of not disclosing disciplinary action with the press. So began the theory that a secret suspension had been handed down, similar to the way a drug suspension for Dustin Johnson was reportedly handled in 2014.

Monahan welcomes a dialogue with Mickelson but made it clear that the onus is on the player to initiate it. Over the past month, Mickelson sponsors KPMG, Amstel Light and Workday all jettisoned Lefty as a pitchman, with longtime equipment sponsor Callaway announcing a pause in their partnership.

While it remains highly unlikely the Tour will ever confirm — or refute — what the Palm Beach Post has reported, the next month or so will be very telling. If Mickelson declines to defend his title at the PGA Championship in May, you can bet the suspension talk will pick up more steam.