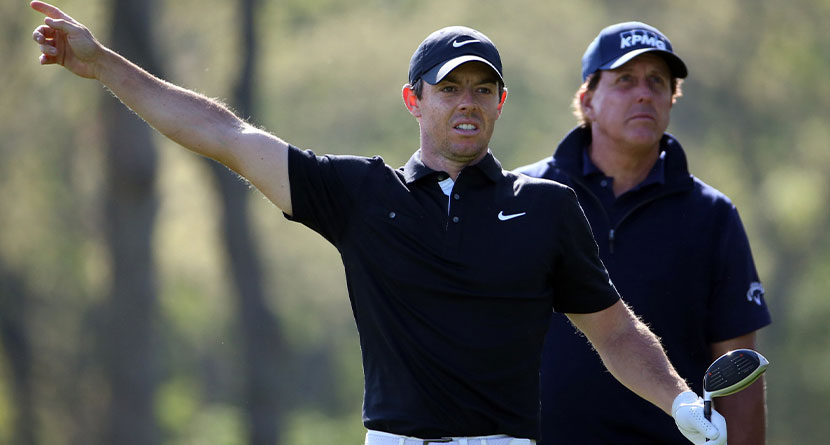 Phil Mickelson isn’t pulling any punches when it comes to the USGA’s new Model Local Rule that will limit all clubs (except putters), but especially drivers, to 46 inches beginning on Jan. 1, 2022.

Prior to the official announcement, Mickelson led a one-man crusade against the unofficial ruling at the beginning of September, and when the new MLR became official earlier this week, Mickelson was ready to go to battle again.

“Stupid is as stupid does,” Mickelson tweeted, quoting Forrest Gump. “Really though, are the amateurs trying their best to govern the professional game the stupid ones? Or the professionals (stupid) for letting them?”

A few hours after the USGA and R&A released its announcement, the PGA Tour lent their sizable credibility to the MLR, saying the Tour would adopt it at the start of the next calendar year.

“After understanding the feedback received from the golf manufacturing community, we also undertook a survey of usage of clubs in use across the PGA Tour, PGA Tour Champions and the Korn Ferry Tour and found that a very small number of players either have used or are currently using clubs greater than 46 inches,” the PGA Tour said in a statement. “The PGA Tour Player Advisory Council recently reviewed the subject and we have concluded that the PGA Tour will implement the Local Rule on Jan. 1, 2022.”

Mickelson, who is not on the PAC, did not like hearing about this news through the media.

It is extremely disappointing to find out that the PGA Tour adopted the new USGA rule through the media. I don’t know of any player who had any say or any kind of representation in this matter. 🤔 I do know many are wondering if there’s a better way.

It is extremely disappointing to find out that the PGA Tour adopted the new USGA rule through the media,” Mickelson wrote. “I don’t know of any player who had any say or any kind of representation in this matter. I do know many are wondering if there’s a better way.”

Apparently, Mickelson didn’t talk to anyone on the Player Advisory Council, many of whom were with Mickelson at Whistling Straits for the Ryder Cup in the time between his original complaint and the official announcement.

It was McIlroy who directly disputed Mickelson’s claims that no players had any say or any kind of representation in the matter.

“It might make a difference going forward,” McIlroy said. “I think the trend was there of guys going to longer clubs and using them, but I think it’s more of a preventative measure. I think if this is as far as they want the ball to go, I think we’re too far past like trying to roll it back, but if this is sort of setting the limit, I think it’s just a preventative measure for the future.

“I don’t think it will make a world of difference, but I was in all those meetings when we discussed it for quite a while and I think the majority of players are on board with it.”