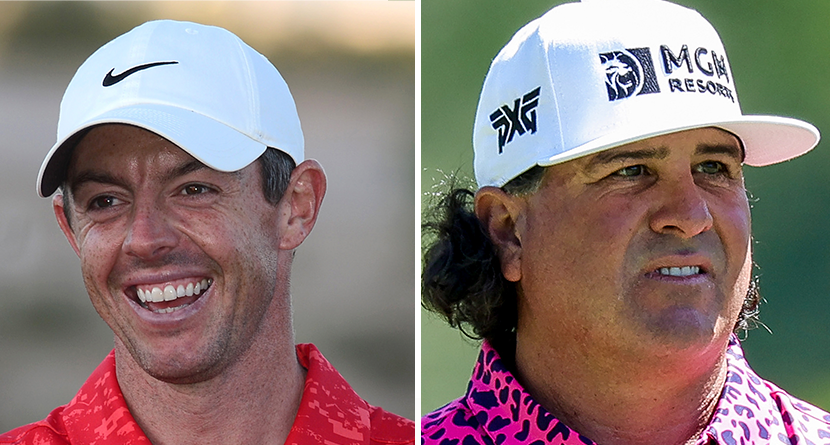 Wednesday brought another round of reaction to Phil Mickelson’s apparent exile from the PGA Tour, and a pair of his peers offered starkly different views on Lefty’s road to redemption.

Sitting for his weekly pre-tournament press conference ahead of the first round of the Arnold Palmer Invitational, four-time major champion Rory McIlroy — a measured and mature voice for his generation — preached forgiveness for a “wonderful ambassador for the game” who merely strayed from his values when he voiced his support for a rogue circuit backed by the Saudis.

“Phil will be back. I think the players want to see him back,” said McIlroy, who posted a 7-under-par 65 on Thursday to sleep on the first-round lead. “We all make mistakes. We all say things we want to take back. No one is different in that regard. But we should be allowed to make mistakes, and we should be allowed to ask for forgiveness and for people to forgive us and move on.”

Appearing on former Tour pro Colt Knost’s popular Subpar podcast, Pat Perez — who has honed a reputation for being neither shy nor particularly calculated about voicing his opinion — gave a typically unvarnished assessment.

“His apology was such horse—-,” Perez said. “In the fact that he thought he was trying to make it better for the players. He was in it for one reason. If anybody thinks he wasn’t in it for his own pocket, and his pocket only, is [expletive] high. They are [expletive] crazy.

“He was in it for himself. Why he went down two different avenues and basically buried himself on both, I can’t figure it out.”

Does anybody else feel for Phil?

McIlroy’s words carry considerable weight, but Golfweek’s Eamon Lynch published some driving range chatter on Thursday that suggests some of Mickelson’s contemporaries aren’t exactly broken up about his comeuppance. “The public is finally realizing what we have always known,” a multi-time winner told Lynch. “Not a fan,” added another player Lynch labeled a “star.”