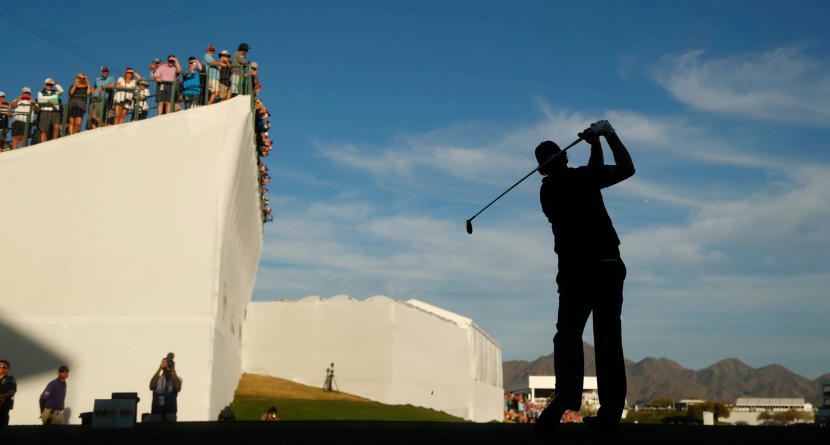 Is there truth to all the Saudi splinter league noise, or is it more accurate to suggest that a handful of big names with big checks on the table are creating big headaches for the PGA Tour? That all seems to depend on whom you ask.

Tuesday saw renewed momentum for the idea that several defections could be imminent as Jordan Spieth’s one-time college roommate, Kramer Hickok, intimated in a podcast appearance that several “big names” could be on the move.

“I think there have already been 17 guys that have jumped over — I can’t say who they are but there is going to be some big names going over there,” Hickok, a 29-year-old pro from Austin, Tex., told The Stripe Show podcast. “From what I’ve heard, the money is very, very appealing. You’re only going to have 12 to 14 events, those events are going to have huge purses and you’re not going to have to deal with missing a cut anymore. There are only going to be 40 players.”

Will we see a big name make the jump to Saudi ? 👀👀 @froggyradio

When we will start seeing guys make the jump? 📆 @froggyradio @travisfulton

But on the flip side, yet another marquee Tour pro who hasn’t yet reached the prime of his career came out strongly in favor of staying put on Tuesday.

The 25-year-old acknowledged he’d been approached by the shadow circuit but expressed doubts over whether it will actually materialize. From his perspective, “the best players” aren’t going anywhere.

Is The Saudi Threat Real Or Really Overblown?

So far it’s hard to see this rumored rival league as anything more than a bargaining chip. Yes, Phil Mickelson has made his issues with the Tour well known. Bryson DeChambeau, who supposedly has been offered an exorbitant sum to front the startup tour, has thus far been compelled to shoot down what he’s deemed as inaccurate reports about his potential involvement. Hickock says there are as many as 17 names, some of whom are supposedly “big.” But none have actually come forward. Meanwhile, Morikawa joins the likes of Tiger Woods, Rory McIlroy, Brooks Koepka and Spieth as confirmed Tour loyalists.

One top 10 player doesn’t think the Saudi league is as close as you might think:

“If they want to have a tournament in June, they’re gonna have to get Greg Norman to tee it up to fill up the field.”

Golf Digest’s Dan Rapoport tweeted Tuesday that he’s heard from a top 10 player who still questions the validity of the Saudi league. “If they want to have a tournament in June,” the player said, “they’re gonna have to get Greg Norman to tee it up to fill up the field.”