Tiger Woods Plans To Play Masters, Says He Can Win 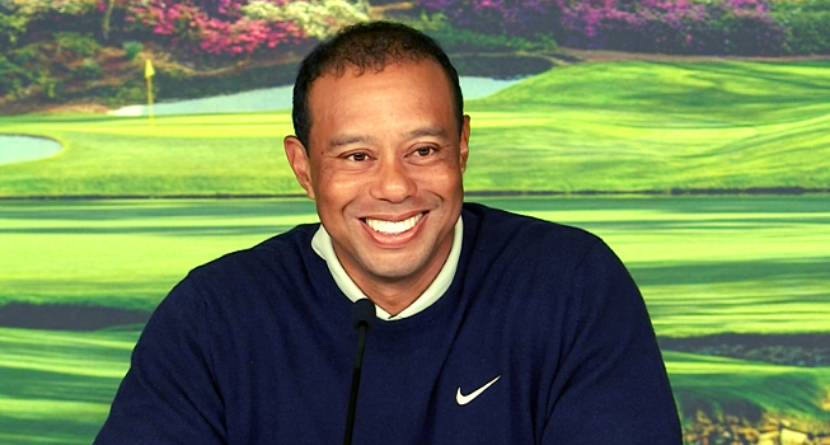 “As of right now,” Woods said from the press room at Augusta National Tuesday, “I feel like I am going to play.”

There you have it. The five-time Masters champ intends to pursue a sixth green jacket a little over a year after a catastrophic rollover crash nearly cost him his right leg or much, much worse.

Remarkably, a Hall of Fame career whose seeds were planted at the same historic venue a quarter-century ago will continue there this week.

But there is one final hurdle: Woods said he will play another nine-hole practice round Wednesday, the final stress test for a 46-year-old body that’s been reconstructed countless times but never more intensively. Daily pain management is his reality and Augusta’s uneven terrain will surely be a mental and physical grind.

Still, Woods had the demeanor of someone who won’t be satisfied just stepping onto the first tee Thursday; his longstanding modus operandi — he doesn’t enter if he can’t win — still holds.

“I do,” Woods said without so much as a blink when the question of whether he’s capable of capturing his 16th major championship this week was directly posed to him.

Playing alongside son Charlie and “little brother” Justin Thomas, Woods’ practice round last Tuesday marked his first trip to Augusta since the November 2020 Masters. He teed it up with Thomas and Freddie Couples on Monday after declaring his playing status a “game-time decision.”

Woods’ first-round grouping was also announced Tuesday. He is slated to go out with Louis Oosthuizen and Joaquin Niemann at 10:34 a.m. on Thursday. If all goes well Wednesday, he will be making his 24th start.

The crowds for Tiger’s PRACTICE round at The Masters 👀 pic.twitter.com/t2fXSRJNgJ

If practice rounds are any indication, the reception for Woods when his return becomes official might register on the Richter scale.

“You can feel it,” said Jon Rahm. “A lot of it is Tiger. Because I was playing with Tony Finau on the front nine [Monday]. We were about four or five holes ahead. We were on 7, and they were walking down on 2, and I’ve never seen a mass this big, even on a Sunday in contention, on those two holes.”