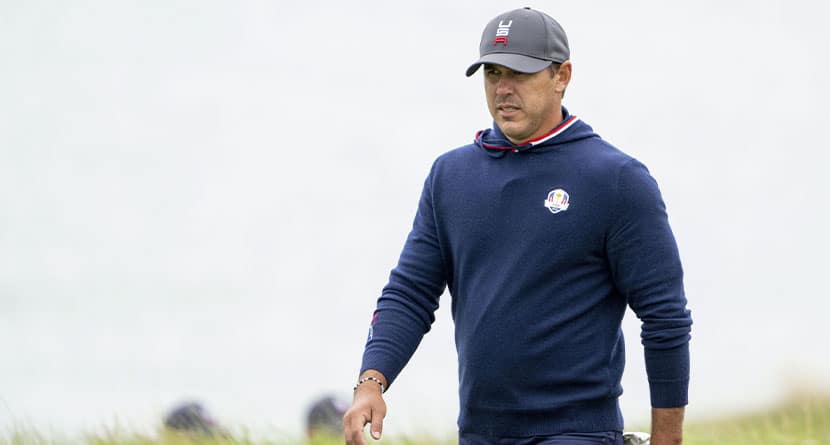 The Ryder Cup brings out a level of passion from folks on both sides of the Atlantic that isn’t often seen in professional golf.

Ironically, it was Brooks Koepka’s general apathy towards the event that seemed to stoke the passion in those who feel strongly about the event. Case in point: former U.S. captain Paul Azinger, who had some pointed words for Koepka last week.

The latest to launch some fire at Koepka was a European in the form of former Masters champion Ian Woosnam. The Wee Welshman, who himself was a Ryder Cup stalwart, played in eight straight Ryder Cups in the 1980s and 90s and captained the 2006 European team to victory at the K Club in Ireland.

Asked about Koepka’s apathetic comments in a recent Golf Digest interview, Woosnam unleashed some strongly-worded thoughts to the Irish Mirror at Ilkley Golf Club last week ahead of a Legends Tour event.

“The article Kopeka has just done, that’s not nice for his team. It’s not good,” Woosnam said. “He’s basically said ‘I could do without this, it’s getting me out of my routine doing this.’ Christ almighty – get a life! If I was captain and it was one of my players, I’d be saying: ‘what the f**k you doing?’

“All this crap he’s got going with (Bryson) DeChambeau – is it that bad or is it just false? Either way, it’s not good for (U.S. captain Steve) Stricker.”

“You hear all this stuff last time between Dustin Johnson and Koepka – is there something going on with (Koepka)?” Woosnam wondered aloud. “Is he one of these guys who likes to stir everything? Is it arrogance? It’s almost like he’s shrugging them all off and saying: ‘I don’t want to be like you’. Well, all the better (for Europe).”

Koepka wasn’t the only target of Woosnam’s verbal barbs. He then turned to Koepka’s on-again, off-again rival, DeChambeau and the United States team as a whole.

“It wouldn’t surprise me if neither (Koepka nor DeChambeau) played (before singles),” he added. “They’re both making excuses if you ask me. Something about (DeChambeau’s) hands? Who’d want to play with him?”

“They’re all individuals – and that’s what they’ve always been. I thought they were coming more together over these last few matches, but you’re just seeing some of the articles with these two, you can see it spreading away.

“That’s a psychological advantage straight away. I know (Europe are) underdogs, but in team events, we’re even, or further forward. Harrington should be saying: ‘Look at them, they’re already arguing. Let’s see if we can play on that a little bit.'”

Not that there needed to be any more fuel added to the fire for either side, but if Captain Stricker is looking for some bulletin board material, Woosnam served it up on a tee.