As the 95th PGA Championship readies to commence, the storylines are many. Tiger Woods is coming off his fifth victory of the year, Phil Mickelson won the most recent major, and they’ll battle a course at …

Walter Hagen was a man ahead of his time. He’s credited with being the first touring golf professional – significant in the 1920’s, a time when wealthy amateurs were more highly regarded. And he’s believed to …

The Scottish people know their whisky – and yes, that’s spelled correctly. According to the Oxford English Dictionary, “when referring to the alcoholic spirit from Scotland, use the spelling whisky (plural whiskies). Whiskey, with an e …

Related Links: 2013 Open Championship Coverage The R&A (Royal and Ancient) as an organization has been around only since 2004. Yet its name, derived from the Royal and Ancient Golf Club of St. Andrews, dates …

Back9Network’s Matt Adams remembers the great Ken Venturi and reflects on some of his greatest moments.

Back9 in 90 – Matt Adams: Biggest Surprises So Far

Related Link: Back9 in 90 Hub Page Matt Adams, host of Fairways of Life, stopped by Back9Network headquarters recently to talk about this year’s biggest surprises so far. Jenn, Charles and Matt talk Tiger, Rory’s struggles and …

Back9Network goes “Behind the Brew” at the Samuel Adams Brewery in Boston Massachusetts. We sit down with founder Jim Koch, the man, who many people say, started the craft beer revolution back in 1984. Back9Network also …

Thanksgiving is here. And so are your relatives… Whether or not you enjoy the (close) company of your family, we know that the holidays are the perfect time to enjoy a craft beverage and simply relax. And, hell, … 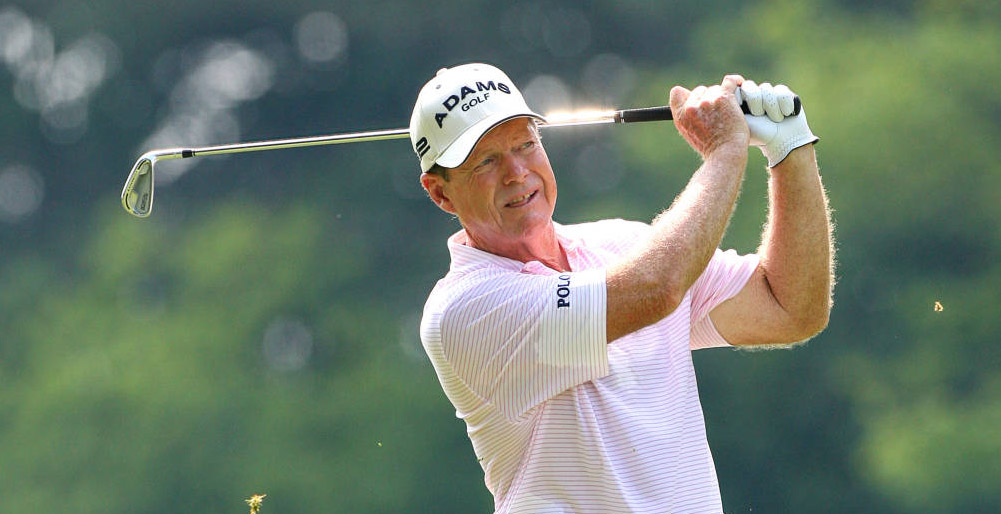 Tuesday on Fairways of Life, Matt Adams was joined by PGA of America President, Ted Bishop to discuss the latest news regarding the PGA Tour and PGA of America’s decision to adopt the anchoring ban.

Matt Adams is on-site for the 2013 Irish Open at Carton House and highlights the historic Maynooth Castle just minutes away from the venue.

Back9 in 90: Mixing Fashion & History

Charles Everett gives Matt Adams some love for bringing Ben Hogan’s famous 1-iron back to Merion and we give you a prelude to the #Back9Philly 16th hole.

Fairways of Life Recap – Webb Weighs In On Anchor Ban

Wednesday morning on Fairways of Life, PGA Tour player Webb Simpson joined Matt Adams on SiriusXM Radio and weighed in on the USGA and R&A’s decision to ban the anchored stroke.

Fairways of Life Recap – Anchors Away

USGA’s Executive Director, Mike Davis and the 38th President of the PGA of America joined Matt Adams on Fairways of Life Tuesday morning to discuss the USGA and R&A’s decision to ban the anchored stroke.

PGA of America President Ted Bishop stopped by Back9Network headquarters recently to co-host Fairways of Life on SiriusXM PGA Tour Radio with Matt Adams, tour the office space, and hit a few in our golf simulator. President Bishop shares a great story with us from one of his recent visits to Augusta National Golf Club.

After a thrilling week at the 2013 PLAYERS Championship, the golf world closes another chapter in the year. World No.1 Tiger Woods already has 4 wins under his belt this year, which has everyone wondering if 2013 is the year he captures another major. Matt Adams on Tuesday morning weighed in on Tiger’s chances at Merion Golf Club and hear from Martin Laird on controlling emotions in the big moment.

It was another eventful PLAYERS Championship, to say the least, in Ponte Vedra Beach at TPC Sawgrass. The drama-filled weekend included Tiger Woods and Sergio Garcia’s feud growing even more, a rookie trying to take down a legend, and another shuffling leaderboard. Monday morning on Fairways of Life, Matt Adams talked about Tiger’s triumphant 78th PGA Tour victory and second PLAYERS Championship, as well as his thoughts on Woods and Garcia’s weekend approach.

Fairways of Life:~Watson’s “Right Thing to Do”

U.S. Ryder Cup captain Tom Watson announced Wednesday he would be adding an additional automatic qualifying spot for the 2014 team headed to Gleneagles in Scotland. Now, nine players will make the team based on points, leaving Watson to select three players to round out his 12-man team. Watson explained the decision to Matt Adams on Wednesday’s “Fairways of Life.”

Tom Watson joined Matt Adams on Fairways of Life and, of course, Rory McIlroy was a hot topic of discussion. With his most recent withdrawal from the Honda Classic, McIlroy’s game is being called into question. Whether it be his new Nike clubs, or maybe just a simple mechanical problem, Watson believes that Rory is not confident in his game right now.